The world is a place for exploration, pleasure, and of course, stewardship.

Whatever the quadrant you find yourself in, Portland is for food and drink lovers at all hours of the day: here is a guide of the city's best food and venues.
FineDiningLovers.com Link to Story

In a Single Breath

The Sea Women achieve amazing physical feats as they harvest the delicacies off the ocean floor.
Reader's Digest Link to Story

All in the Family: Making the most of a multi-generational vacation

It isn't just celebrities who are too posh to push. In B.C., more women are choosing the C-section.
Vancouver Magazine Link to Story

Was there ever life on Mars?

A new era of Mars exploration. (An oldie but a goodie)
discovery.ca Link to Story

How French Became the Talk of the Town

A Toast to Summer: 5 Must-Visit Wineries in British Columbia

From birch syrup to sustainable seafood and infused teas, here is a list of delicacies you can't miss and where to taste them Vancouver, Montreal or Calgary.
FineDiningLovers.com Link to Story

Sip, sip away on an Okanagan wine tour

The best thing about leaving the driving to someone else is...
The Georgia Straight Link to Story

Where to find the best smoothies in Vancouver

Best Smoothies in the City
The Georgia Straight Link to Story

Here's how to match wine to Korean food

Gloria is a Canadian journalist, writer, and broadcaster based in Vancouver, Canada.

She has written, produced, hosted and directed for Canada’s most prominent broadcasters and widest distributed publishers. Her stories have been broadcast on CTV News, CBC French Television, Discovery Channel Canada, and CBC Radio IDEAS and Tapestry. They have appeared in Reader’s Digest, Vancouver Magazine, GEIST magazine, Vancouver Sun Travel, Westjet Magazine (formerly Up!), The Georgia Straight, and finedininglovers.com. She was a columnist for cbc.ca Analysis & Viewpoint and The Richmond Review.

Gloria was part of the team that launched exn.ca, Discovery Channel Canada Online (now discovery.ca), one of the world's first editorial websites, and Transcontinental Media's online presence of its women's magazines: Elle Canada, Canadian Living, Homemaker's, and Style at Home.

She has taught creative writing and journalism at Langara College Dept. of Creative & Applied Arts and is a recipient of the Jack Webster Foundation Research Fellowship.

Multimedia storytelling, narrative non-fiction, and radio documentaries are her fortes. Her two areas of specialized knowledge: science & technology, and wine.

Gloria has a Bachelor of Arts in Political Theory from McGill University and a Master of Arts in Journalism from Western University. Her wine education includes WSET 3 (Wine & Spirits Education Trust) Advanced Certification, the internationally recognized and prestigious WSET 4 Diploma in Wine, and travel to many of the world’s major wine regions. She is a recipient of the Legacy Award in Wine from Les Dames d’Escoffier International.

Gloria speaks English, French, and Korean. She was born in Seoul, South Korea and grew up in Vancouver, Canada. 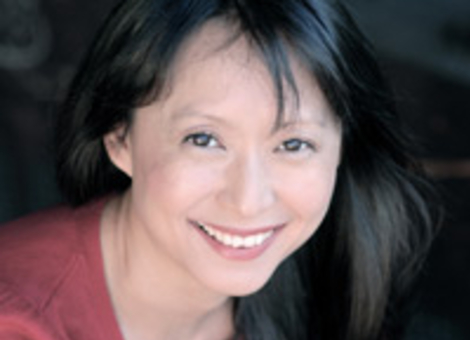